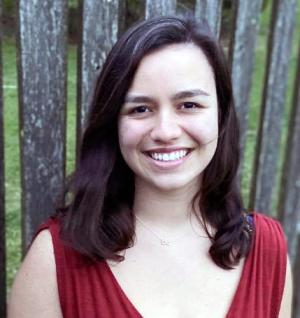 Karen Whitaker, Clarks Summit, PA, who graduated in May 2021 with a Bachelor’s degree in Music Education, has always had a strong desire to play in a band since she was in 5th grade at Abington Heights. Although she played cello for fun in 4th grade, she learned flute a year later, knowing that the band was something she wanted to pursue.

Karen was drawn to Marywood as early as her sophomore year of high school, when her band director introduced her to all of the music festivals and wind celebrations in the area, and she dove right in. Her first ever Pennsylvania Music Education Association (PMEA) District festival was hosted at Marywood, and that was when she was introduced to David Romines, D.M.A., director of bands and co-chairperson of the Music, Theater, and Dance department. Dr. Romines eventually invited Karen to become an honor student band member of Marywood’s Wind Ensemble, and she has loved playing there since.

In addition to playing in the ensembles at Marywood, Karen was highly involved with NAfME, the National Association for Music Education. She served as both Vice President and President during her time with the organization. In addition, she continued to be involved with band celebrations and the Northeastern Youth Wind Ensemble at Marywood as a volunteer and assistant.

As a new Marywood graduate, Karen planned to use this experience to pursue a career as a music teacher. She was grateful that she had the opportunity to build relationships and communicate with music clinicians, colleagues, and professionals from all over the country. Additionally, she was thankful for the bonds she formed with both professors and students, attributing those relationships to her successes thus far.

“Because Marywood is a smaller university, it’s easier to meet with your professor,” Karen said. “Your professors are always going to be there and will help with anything you need.”

Karen graduated from Marywood in 2021 and moved to Flagstaff, AZ for her current position as the Band and Orchestra Director at Coconino High School. While she was excited to face the rigors of her role as a band and orchestra director, she missed the experience of group performance. She joined the Flagstaff Community Band and completed her first cycle with the group in 2022.