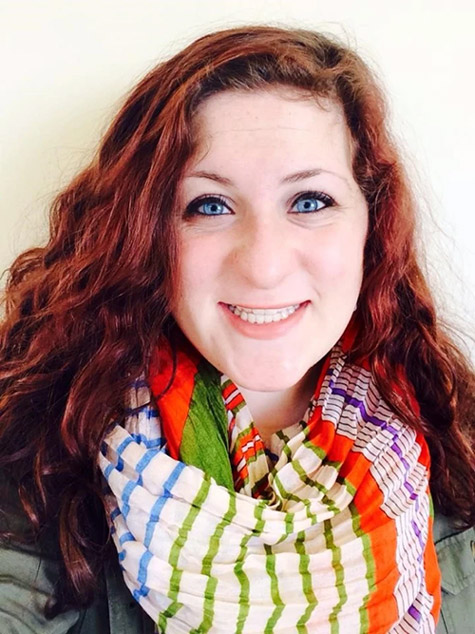 Finding Love in Ireland as a Literature Major

Back when Amanda Thornely lived in America, she was an active member of the Marywood community, serving as president of the English Club. Her favorite classes were Mystical Writers, with its unique perspective, and Writing and Cultural Studies, which she said had a heavy influence on her writing style. A defining moment occurred in her junior year when she studied abroad in Galway, Ireland. Amanda said she immediately “fell in love with the culture.” The people in Ireland “don’t take themselves too seriously,” she said, and their idea of work-life balance is much healthier than the American corporate world’s.

But the culture wasn't all she found to love. Amanda said she met “someone special” one night at a school function. When her trip ended, she knew she wanted to come back to Ireland.

So, after graduating from Marywood with a Bachelor of Arts degree in Literature and minors in Writing and Public Relations, Amanda moved to Dublin, where she earned a Master’s in Public Relations and Strategic Communications from Dublin City University in 2017. Later that year, she began working in the Communications and Marketing Department at Dublin City University. In her role as Social Media and Marketing Officer, she maintains the school’s social media accounts and works to increase engagement with students.

Interacting with Irish teenagers can be difficult for an American, Amanda admitted. She still has to ask her colleagues to explain Irish slang sometimes. But, after two years of living in the country, she “can barely hear the accent.” Amanda’s found more than love in Ireland; she’s found a new home.

LEARN MORE ABOUT LITERATURE AT MARYWOOD »