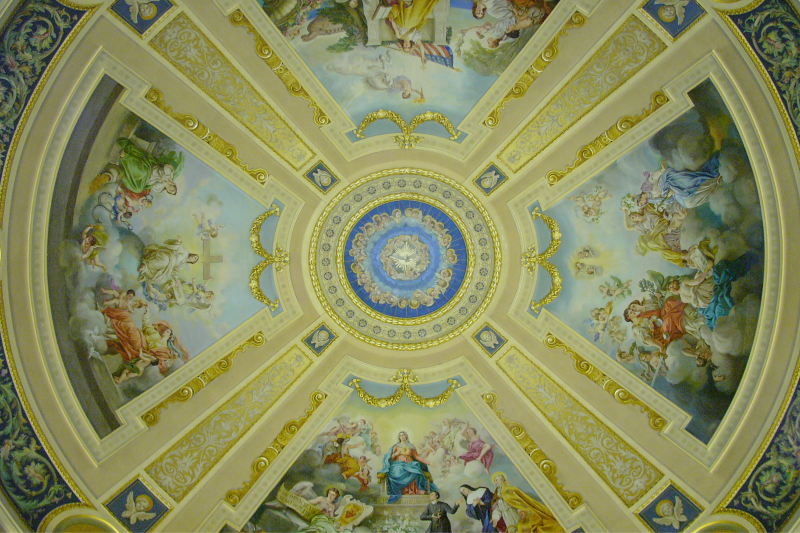 From its polished marble floors to its spectacular domed ceiling, the Rotunda is an iconic campus landmark located in the Liberal Arts Center. In the 1930s, work was finally completed on the most breathtaking addition to the campus during this period—the Rotunda interior—a task which had been deferred since 1924. Artist Gonippo Raggi was commissioned to paint the murals of the Rotunda. Completed in 1937, this ambitious effort artistically synthesized the religious and educational mission of the IHM Congregation and of Marywood.

The Rotunda is 72 feet in diameter, just eight feet smaller in size than its nearest domed competitor, the Rotunda of the U.S. Capitol Building in Washington, D.C. The estimated value of the Rotunda artworks is 6 million dollars.

The Hall of Presidents, which displays portraits of Marywood's presidents, serves as the main entrance to the Rotunda and Liberal Arts Center. The Admissions Office is accessible from the Rotunda. It also is a majestic and effective performing space for unaccompanied vocal ensembles.

The Center for Global Engagement is dedicated ...

The Financial Aid Office, located in the Liberal...

The mission of Housing and Residence Life at Marywood...

Located in the Liberal Arts Center, Room 86, the...

The Reflection Room is dedicated for use by Marywood...

The Office of the University Registrar provides...

The Rotunda, an iconic campus landmark, is part...

The mission of the Student Accounts Office is ...