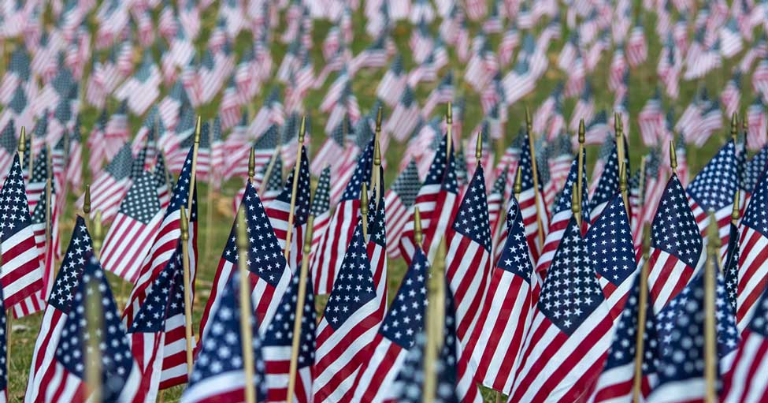 In commemoration of Veterans Day, Marywood University’s Office of Military and Veteran Services and its Student Veteran Alliance (SVA) will honor those who are serving and those who have served our country on at an 11 a.m. ceremony on Thursday, November 10, 2022, at the Marywood’s Veterans Resource Center, 2236 N. Washington Avenue, Scranton, Pa., on the University’s campus.

Sister Mary Persico, IHM, Ed.D., Marywood University’s president, will offer remarks. Peter Howey, a recent Marywood alumnus (M.S. in Criminal Justice) and a Navy veteran, will serve as guest speaker. “Echo Taps” will be played by two student trumpeters from Marywood’s Music, Theatre, and Dance Department, Isiah Ortiz and Zachary Houston, while Marywood student vocalist Leanne Onofrio will sing “The Star-Spangled Banner.” The ceremony site will feature Flags for the Fallen, an outdoor display of thousands of U.S. flags that honor those who have fallen while serving our country. Raul E. Santana Nuñez, M. Ed., Marywood’s director of military and veteran services, is coordinating the event, which is free and open to the public. Light refreshments will be served following the ceremony at the Veterans Resource Center, Noon-3 p.m.

“Veterans Day gives the Marywood community and the public the opportunity to pray, reflect, and honor those who have served or are serving, with special recognition of and respect for those service members who have made the ultimate sacrifice,” said Mr. Santana Nuñez.

Marywood University is consistently recognized for supporting the distinctive educational needs of its veteran, current military, and dependent students, and holds several national accolades, including the 2022-2023 Military Friendly® School designation, ranking in U.S. News and World Report’s “2022-23 Best Colleges for Veterans,” and a 2022-23 national endorsement for “Military Support” from Colleges of Distinction.