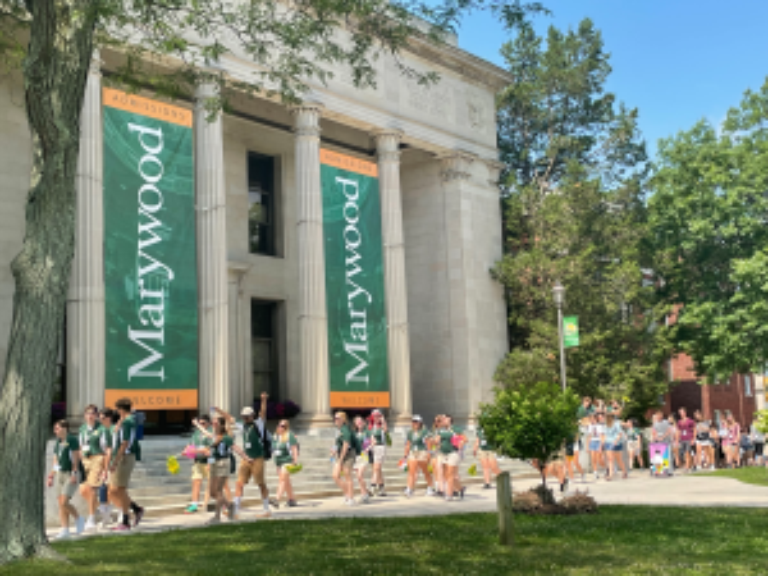 Marywood Among the Best in 2022 US News Rankings

Marywood University offers the “Best Value” among Northeast Pennsylvania Universities, according to the 2022 U.S. News & World Report’s Best Colleges ranking. Marywood was also the highest ranked of only two local institutions included in U.S. News “Best Colleges for Veterans” category and the highest-ranked local institution for the “Top Performers in Social Media” category.

At #25 of the regional universities (North) ranked for “Best Value,” Marywood ranked the highest of the three local four-year private colleges included in this category. According to U.S. News, the “Best Value” ranking considers a school’s academic quality. The higher the quality of the program and the lower the cost, the better the deal. Only schools ranked in or near the top half of their categories are included, because U.S. News considers the most significant values to be among colleges that are above average academically.

Marywood University, which ranked #44 overall on the “Best Regional Universities North” list, also was the highest-ranked local university in the “Top Performers in Social Media” category at #72.

Additionally, at #39, Marywood was the highest ranked of only two local universities on the “Best Colleges for Veterans” (Regional Universities North). According to U.S. News, these are the top-ranked schools in the 2022 Best Colleges rankings that participate in federal initiatives helping veterans and active-duty service members pay for their degrees.

For additional information about Marywood University call the Office of Admissions, at (570) 348-6234.