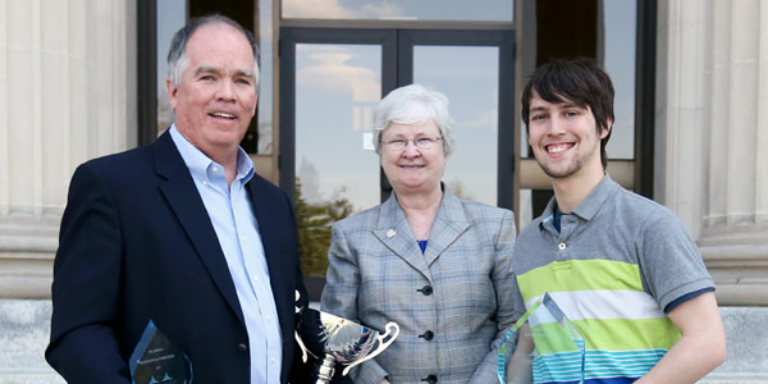 Marywood was also the winner of the Smit-Webster Founders Award for top university among the 14 colleges and universities who participated in the Northeastern Pennsylvania competition. Christopher Speicher, Ph.D., associate professor of business and entrepreneurial director in the School of Business and Global Innovation, received the Faculty Advisor of the Year award at the ceremony.

Marywood's teams were among the top four teams chosen from more than 40 entries. Late Skate was selected as the overall winner of the competition. Late Skate team members include Frank Winger, Michael Neri, Jr., and Sarah Liang.

TecBridge is a regional collegial organization that collaboratively strives to create and embrace entrepreneurial opportunities with the purpose of growing technology and biotechnology wealth within Northeastern Pennsylvania.