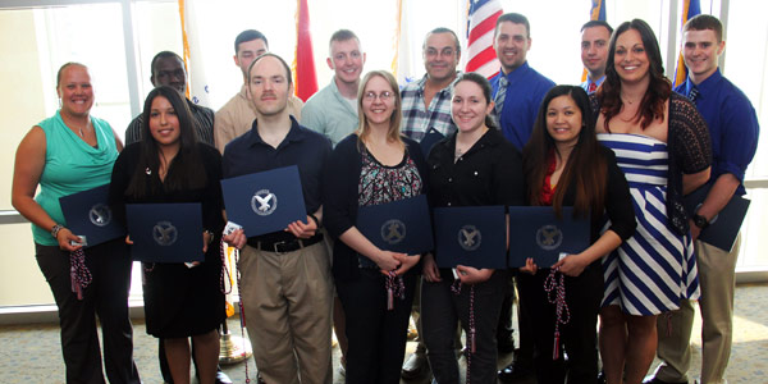 During the ceremony, each graduate received a certificate; a challenge coin (given to military members to commemorate achievements); and red, white, and blue honor cords to wear at commencement.