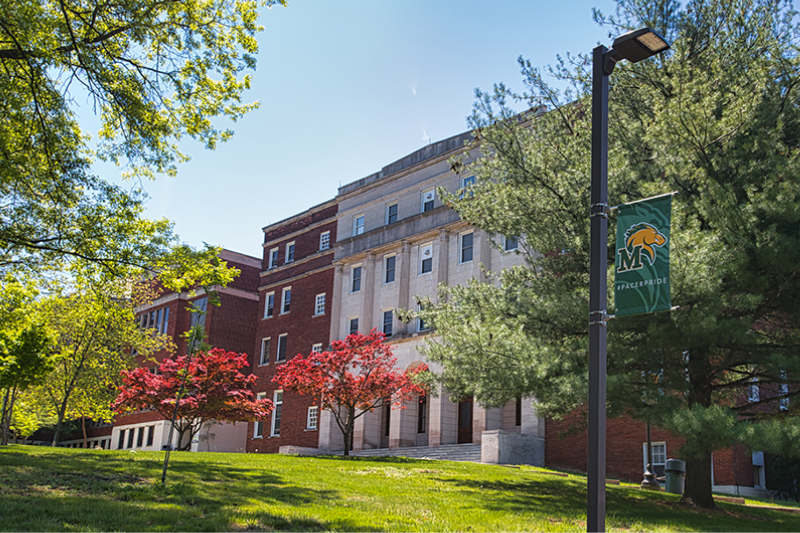 Regina Hall is a residence hall with primarly double occupancy rooms. A community lounge, kitchenettes, and quiet study areas are located throughout the building. The second floor features a large lounge with a TV, fireplace, and plenty of comfortable furniture.

The building has been named Regina Hall since September 1964. Prior to that, from 1926-1964, it was known as O'Reilly Hall. Due to the 1971 fire that destroyed the Motherhouse, it was the site of the Regina Hall Chapel and Campus Ministry Offices from 1972-2007.

In 2007, the Marian Chapel in the Swartz Center for Spiritual Life became the University's chapel, and the Campus Ministry Office also moved to the Swartz Center. In August 2007, the space became the Liguori Center, named in honor of Saint Alphonsus Liguori, the spiritual patron of the IHM Congregation, which sponsors Marywood. Located on the first floor of Regina Hall, the Liguori Center is an elegant space used for conferences and receptions.

The Liguori Center, located on the first floor...