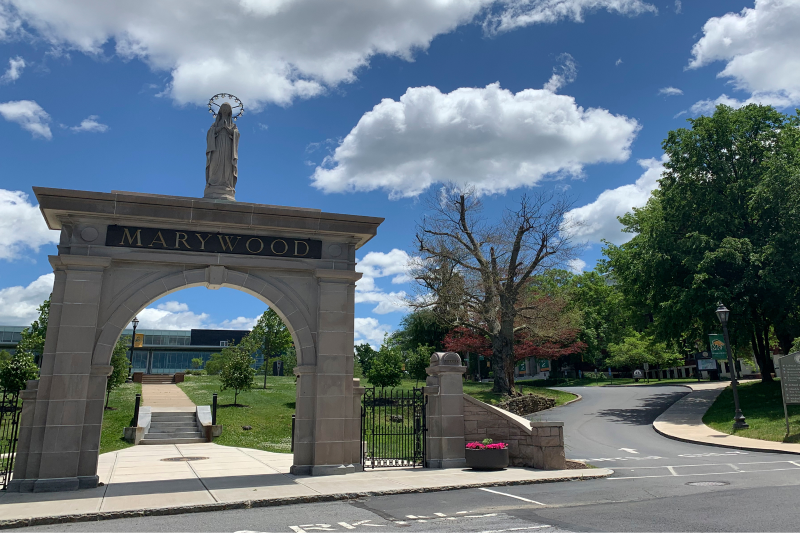 Built in 1902, the Memorial Arch, with its signature statue of the Blessed Mother, once marked the entrance to the Motherhouse, which was the location of St. Mary's Seminary and where Marywood was established in 1915.

The Memorial Arch is the one architectural feature on campus that every Marywood student, from 1915 to the present day, has seen and enjoyed. In more recent times, the Arch has become the site where new students take their ceremonial walk during Orientation, signifying the official start of their eductional journey at Marywood. Similarly, it is a popular photographic site for new graduates at Commencement and for alumni who return to campus during Alumni Weekend.

Marywood University is sponsored by the Sisters, Servants of the Immaculate Heart of Mary.

In addition to its 52 staff parking spaces, the...

The Memorial Arch stands at the main entrance ...

Standing since 1901, the Our Lady of Victory Shrine...