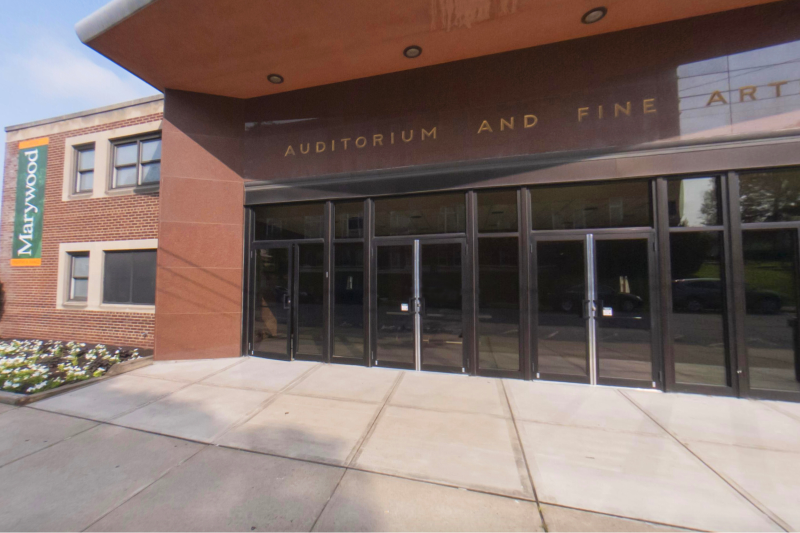 Throughout the academic year, you can attend a performance on the main stage of the Munley Theatre or in the more intimate setting of the Black Box Theatre. Marywood's many Music, Theatre, and Dance Ensembles, large and small, often perform here, including Concert Choir, Chamber Singers, Wind Symphony/Ensemble, Orchestra, Jazz Ensemble, and more. The building also includes classrooms and private practice rooms for students.

Originally built in 1952 as Assumption Hall (Fine Arts Building/Auditorium), the space was renovated and renamed in 1999 as the Frank E. and Angela Sette LaVerghetta Center for the Performing Arts, in honor of esteemed music alumna Angela Sette LaVerghetta '48, who was a trustee of the University, and her husband, Frank, who also served as a Marywood trustee. The Munley Theatre, which houses the auditorium and main stage, was named in honor of Marywood's 11th President, Sister Anne Munley, IHM, by the Board of Trustees in 2022.

The purpose of the Music Therapy Clinic is two...

The Sette LaVerghetta Center Theatre is a 1,100...