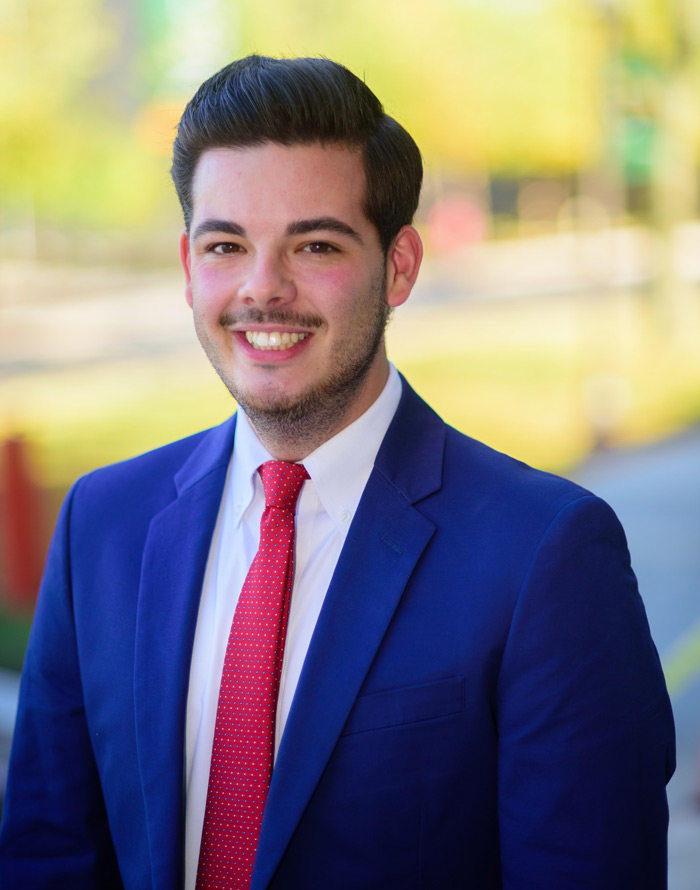 Brandon Morley, an alumnus of Marywood University, graduated with a bachelor’s degree in history/secondary education in 2019. Shortly after graduation, he worked at Marywood as an undergraduate admissions counselor. Recently, Morley accepted a teaching position at Delaware Valley Middle School. For Brandon, this position holds a special meaning, as he is also a graduate of Delaware Valley High School. He’s back at his alma mater, where he now teaches social studies to 7th and 8th graders.

From an early age, Brandon was a history buff. He began asking his parents for books on the lives of U.S. Presidents as early as first grade, and that passion has only grown over the years, as has his respect for teaching. “I’ve always loved the role teachers play, because I’ve always loved learning as much as I can.” Brandon explained, “I guess it’s always kind of been my thing.” 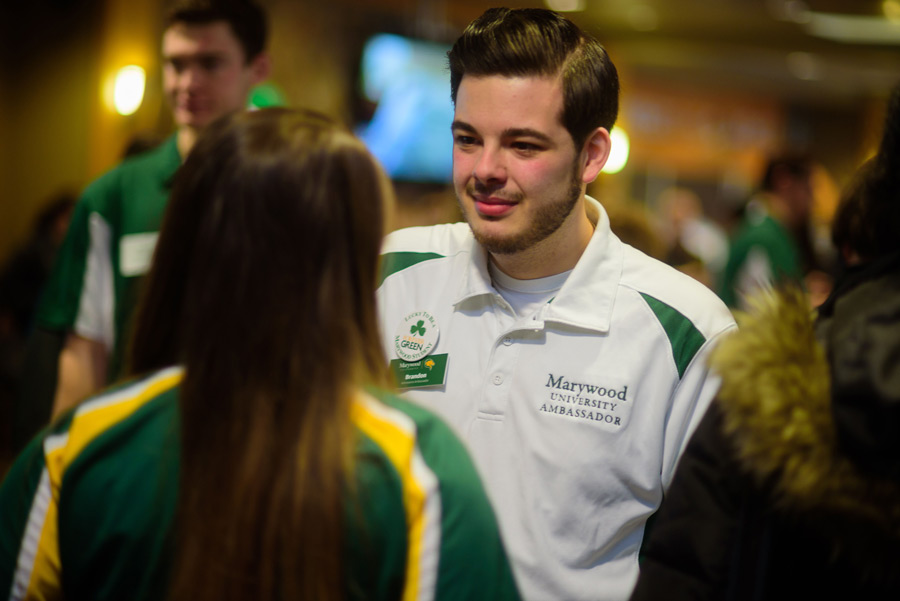 However, Brandon found himself in an unfamiliar position after graduating from high school. He knew that he cared deeply about history, and that it could be a good major for him, but he had no idea where he wanted to go to college.

Although Brandon found a second home at Marywood, he was unsure at first that it was the right school for him. “Initially, I wanted to go out of state, find a bigger school to go to.” he said, “I ended up going to Marywood, mostly just to appease my mom, and now I’m glad I did.” Initially, he was still unsure about the choice he made, and was looking for some sort of reassurance that he made the right choice. The reassurance he needed came in the form of an address that Sister Mary Persico, IHM, Ed.D., president of Marywood University, gave during an orientation for new students.

“As I stood in the back of the auditorium and listened to Sister Mary’s address to the incoming class, she said something that immediately spoke to me. “There’s a reason that you all are here. You were destined to be here. You looked at us, we looked at you, and we connected. You are physically meant to be here.” Brandon recalls. He still remembers the “immediate chills” he got that day, that moment was when he knew he made the right decision coming to Marywood.

Morley would go on to be quite the successful student, involved in many clubs and organizations on campus. He served as president of the Undergraduate Student Government Association, after previously serving as communications manager and vice president. He was also a member of the Student Alumni Association; Phi Alpha Theta, the American Honor Society of History for undergraduate and graduate students; Delta Epsilon Sigma, the National Scholastic Honor Society for students; the National Society for Leadership and Success Honor Society, and, of course, the university’s History Club.

Similar to many students, Brandon would be a bit unsure about his major throughout his tenure at Marywood. "Education was one of those things that I second guessed, especially when I had breaks from school,” Morley explained. “It seemed like there weren’t many career opportunities for teachers in the area, and I worried that would be the case all over.”

Over time though, he would realize that there were more jobs for teachers than he thought. He would continue to pursue his major, eventually student teaching at the Dunmore and Valley View School Districts. He wouldn’t become a teacher right out of college, however.

Instead, Morley wanted to give back to the university, so, shortly after graduation he accepted a position as an undergraduate admissions counselor at Marywood. “Working here let me give back to Sister Mary for convincing me that I belonged here, and to the university as a whole for all that it gave to me.” he explained, “Now, I get to help nervous, unsure students like I was when I got here.” He spent a year in the admissions position when he was offered his first teaching position, and at his alma mater no less.

While he’s now working as a teacher at Delaware Valley High School, he still looks back fondly at his time at Marywood. “This is what I always wanted to do,” Morley said, “and it was Marywood, the Education and History programs, that reinforced that.” While his days at the university are behind him, he’s now teaching what will soon be the next generation of Future Pacers!